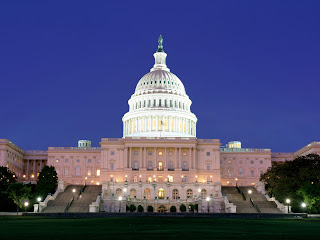 Nope, it's not what you think. Although there was a lot of intrigue to working and living in the U.S. capitol for a short period of time, the hustle and bustle proved to be too much to become a permanent nesting spot. But I can take D.C. in smaller doses and love visiting for the history, the monuments, and the people. I couldn't think of a better way to experience it all over again than with a run through the streets of the capitol. Check out the course! 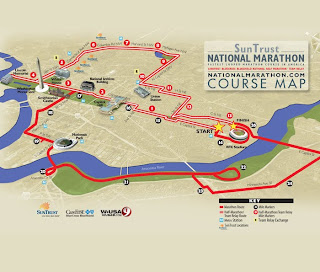 After completing last year's goal of running the largest 10-mile race in the country and my longest run to date, I figured it was time to commit to a half marathon. I had wanted to do one sooner, particularly one of the races in Philly this past fall, but by the time I rationalized paying out the wazoo for it, registration had reached capacity. And to think of how convenient it would have been! The race started within blocks of my apartment! I happened to be walking near the course the day of the Philly half and full marathons, feeling all the energy and excitement of the runners. It made me miss race days. I searched for upcoming races but none were being offered locally within the next few months. I checked out the scene in NYC, realizing that you had to have won the lottery AND completed a half just to enter an upcoming half. Yowza!

But the D.C. race had everything I needed...scenic course, no lottery, and previous race time standards for which I qualified. Yay! Did I mention that I'll have a special running buddy with me? Mum's the word for now.

After a rocky start to the January training (ie the flu for 2 weeks!), I'm back on my feet and gearing up for the big day!
Posted by Jen at 9:54 PM 0 comments